Productive Game Beta Release 1.0.6 on the Web, PC and Android!

Version 1.0.6 can now be played in your web browser on itch.io!

In addition to playing in your web browser, you can download the Productive Game for PC(Windows, Linux, and OSX) as well as Android

And, as before, you can also get the Productive Game for Android through Google Play.

- Made some modifications to make the Productive Game work better on PC
- Fixed a bug related to movement speed
- Consistently renamed Game Points to Build Points.

ProductiveGame Beta 1.0.5 Released!
You can download it on Google Play.  Additionally, since it's an open Beta, you don't have to sign up to test it, you can just download it! 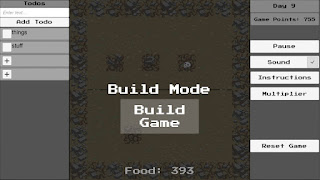 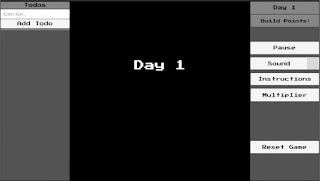 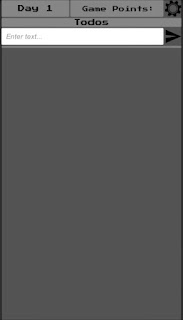 Changelog:
-The biggest feature from this new release is a task screen that you can reach by rotating your phone to portrait.  Rotate back to landscape to get back to the gamescreen.
-The second biggest feature, on the task screen, todos have an additional edit button.  In edit mode, you can rename your task, delete your task, or set your task to repeating.  Repeating tasks never get deleted unless you delete them yourself, or change them back to a todo and check them.
-Also, on the task screen is settings button.  So far it only includes an instructions button and a multiplier button, but it may get more buttons later.
-Build Points are no longer used automatically to build the level.  Instead you must tap the Build Game button to use them.
-The sound button now has a checkmark on it to show you if it is on or off, and the sound only plays -when the level has been fully built.
-The exit button has been removed, but the back button on your android device now functions the same way as the exit button did.

I fixed a lot of bugs and added some major new features, as well as some minor ones.  I took pretty extensive notes, but I didn't post them here.  I also made a lot of git commits but they are all private on bitbucket.

I'm currently active in the a community project for Double Fine's Amnesia Fortnight, but once I feel I've made satisfactory progress on what I'm working on for that, I will get some webgl and desktop builds built and place them on itch.io, of the Productive Game.
Posted by Stewart at 4:45 AM No comments: